“I didn’t know it then, but that was the last normal day of my life.” Chloe Grace Moretz, The 5th Wave 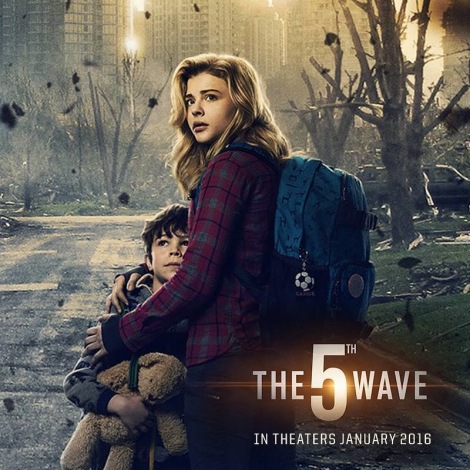 This movie wasn’t bad but it wasn’t necessarily good either. In my original review of the trailer, I didn’t think Chloe Grace Moretz was going to do well in the role but she surprised me. I believed her role and her story but the pace of the movie just fell flat to me.

The story starts off basically the same with the shooting in the abandoned gas station, which I was happy with. I thought that the way we met her crush was a good change too. In the book, we meet him through far away glances and memories of being children on a bus together which is for a book but not for a movie.

The movie actually did really well keeping with the story of the book. One of the things I enjoyed about the book so much was not knowing who were the aliens and who were the humans and the movie kept that confusion and mystery alive.

Again, the movie was fine but the book was good. I definitely recommend the book over the movie in this one but the movie isn’t going to be a waste of time necessarily. Just pretty vanilla.