“You can ruin your own life if you want to but you’re not going to destroy ours. I’m not going to protect you any more.” –Tom, Girl on the Train 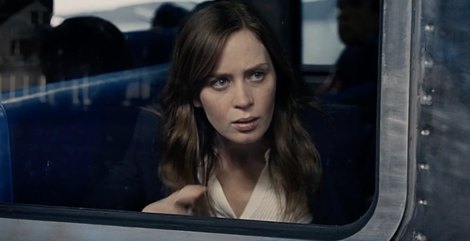 Going into this movie, I was concerned only because I knew that most of the book went on in Rachel’s head, which is hard to portray on the big screen. I wanted the story to be the same but, while I loved the book, I was afraid that the heart of the story wouldn’t come across well.

There were definitely some differences from the book to the movie but I also understood why they had to do it. Again, most of this is going on in Rachel’s head so her revelation that she was being abused wouldn’t have been seen in a movie format. I liked that they brought in a person who worked with Tom to really tell us what the problems were with him. (“Tom got fired because he couldn’t keep his d*** in his pants.” Best line ever.)

I thought that Megan’s murder was done well, without being overly bloody, and her drunken night in the bathroom was hilarious.

There were some positives in the movie, but the overall vibe of the movie fell flat and didn’t draw me in like the book did. I recommend this book over the movie for sure.