“God may promise not to destroy creation, but it is not a promise humankind made – to our peril.” Diane Ackerman, The Zookeeper’s Wife 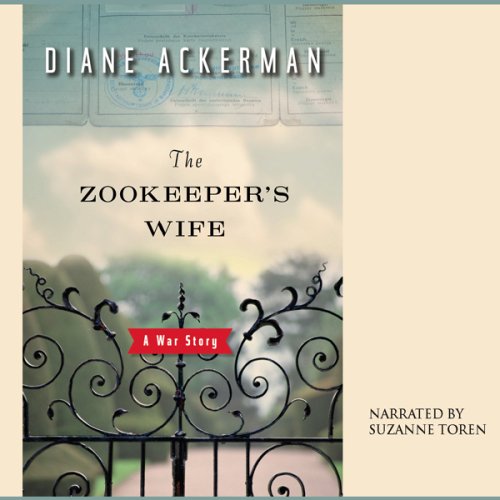 I have to say that this book was a huge disappointment. After watching the trailer for the movie, I expected this book the be heart wrenching and intense but it was anything but.

This book had many parts that had the opportunity to include drama, suspense, and moments to make you want to cry but it was written in such a terribly bland way that I felt like I was reading out of a history textbook instead of a novel. I know they are based on true events but I feel like the emotions were simply left out of the story.

One big example of an emotionless scene that could have been so much more was when her husband comes back from being imprisioned for helping Jews. The whole homecoming was literally put into one sentence. No emotion, just stated the fact that he returned. Just an example of a golden opportunity missed for an emotional moment.

I simply can’t recommend this book to anyone. I feel that the author spent more time explaining the sounds that the animals were making than the emotions from the characters or intensifying the drama surrounding the close calls that they had during these adventures.

The movie looks like it found the emotion that the book was missing so I’m excited about it. Whoever adapted the screenplay from this book should be praised because it was obviously a serious task to do so.